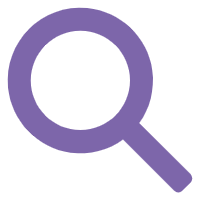 Physics, also known as “natural philosophy”, is a natural science that studies the principles of matter, and the motion of matter in space and time.

In the late part of the Renaissance, Galileo pioneered the methodology of designing scientific experiments to test theoretical hypothesis, and then physics came into birth in the modern sense.  The birth of Newtonian mechanics was marked by the publication of “The Mathematical Principles of Natural Philosophy” in 1687. It is the first complete scientific theoretical system that mankind has mastered, whose influence covers all fields of natural sciences. It is also a profound cognitive revolution, which revealed that the motions of celestial bodies and mundane everyday objects obey the unified laws of motion. Maxwell’s equations unify electricity and magnetism, based on which Maxwell predicted that light is a kind of electromagnetic wave. This laid the foundation of the optoelectronic era. R. P. Feynman once said that Maxwell’s equations have far more impacts on human history than the American civil war both of which happened in 1860s. Einstein stood on Maxwell’s shoulders and revealed the inseparable relationships among space-time, motion and matter: The birth of special relativity was stimulated by exploring the covariance of Maxwell’s equations under the reference frame transformation, and general relativity is the counterpart of Maxwell’s equations for gravity. Needless to say, quantum mechanics has fundamentally changed our view of the world from deterministic to probabilistic, and we are fascinated by the uncertainty principle and the Schroedinger’s cat. It also provides the basic tool to understand the laws of microscopic particles (e.g. atoms, electrons, and nuclei), and even macroscopic phenomena such as superconductivity.

The contemporary physics is roughly divided into four major branches: high energy physics, astrophysics (cosmology), atomic, molecular physics and optics (AMO), and condensed matter physics. High energy physics studies space-time structures on the smallest scale, as well as interactions among elementary particles. Astronomy corresponds to the opposite extreme, studying the space-time structures on the largest scale:  the birth, evolution and ultimate destiny of the universe. The topics of AMO physics include lasers, atomic clocks, quantum information, cold atoms, etc. Its goal is to achieve the most precise control, even to the point of controlling a single electron and a single photon. Condensed matter physics is the largest and most diverse field of modern physics, including hard condensed matter physics, i.e., quantum physics of electronic materials, and soft condensed matter physics such as liquid crystals, membranes, and biological matter, etc.  Condensed matter physics studies the “sociological behavior” of a large number of particles and explores the underlying principle of the “social organization".

In spite of different space-time and energy scales, all branches of physics are connected to each other, and share many similar physical properties. “To see a world in a grain of sand, and a heaven in a wild flower”. Every condensed matter sample is a universe to be studied, and the real universe is also a sample for physicist. High energy physics and condensed matter physics have benefited each other by exchanging ideas and concepts such as quantum field theory and spontaneous symmetry breaking. Cold atom physics was originally a direction of AMO physics. In the past two decades, it has become a new frontier at the interface between AMO and condensed matter physics for studying new atomic quantum states, including Bose-Einstein condensation and ultra-cold fermion superfluidity. The influence of quantum information on condensed matter physics has been keeping increasing. The viewpoint of quantum entanglement has become a modern method to explore strongly correlated quantum states. The study of topological superconductivity in condensed matter physics holds the potential of manipulating Majorana fermions, which is an important direction for quantum computation.

Physics has always been remaining youthful. The continuous emergence of new phenomena and outstanding problems inspire us to explore new methods and push forward new ideas. The physics research at Westlake University has developed rapidly in recent years, with great progress in theoretical physics, condensed matter physics, AMO physics. High energy physics and astrophysics will also be the major goals of next step developments. Physics students will receive solid trainings in mathematics, theoretical and experimental physics. They will develop broad interests and skills through course studies, experiments, and participating in seminars and colloquia. The knowledge and capability learned during this process will laid solid foundation for their future careers.  Physics students after graduation are often successful in various professions including electric engineering, computer science, chemistry, life sciences, and even finance. For a young student, this is a promising field worthwhile to devote one’s life.